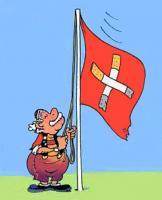 On 22 April, the Health Committee of the Swiss Senate rejected a draft law prepared by the government which included a very partial ban of tobacco advertising (extending current limited restrictions to the printed press, but putting no restriction on point of sale advertising, nor on sponsorship – in Switzerland, the majority of open air music festivals with a youth audience are sponsored by tobacco companies). Rather than an advertising ban, the draft law simply regulated tobacco advertising.

In a press release, the Health Committee justifies its decision to reject it on the ground that the draft law “interferes with the principles of a free market economy” and that “there is no evidence as of today that a general ban of tobacco advertising would reduce tobacco consumption.” 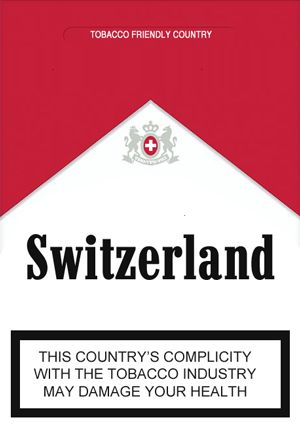 Switzerland is a country which is under the control of the tobacco industry. The tobacco multinationals have elected Switzerland as their global sanctuary. Multinationals Philip Morris International and JTI have their worldwide headquarters in Switzerland (PMI in Lausanne, JTI in Geneva). In spite of the high cost of cigarette manufacture in Switzerland, all three big multinationals, PMI, BAT and JTI have large factories in the country, the production of which is mostly exported. Here, tobacco companies do not need to lobby members of parliament: their lobbyists are among the most influential members of parliament. The industry exercises a strong influence on all the major economic trade and business organizations (Swiss Chamber of Commerce, economiesuisse, etc.).

The rejection of the draft law by the Senate Health Committee has the advantage of clarity. The senators openly chose to give priority to the tobacco industry’s interests, at the detriment of public health. The draft law was presented by the government as a “compromise” which was aimed at protecting public health while preserving the interests of the tobacco companies (we know these objectives are incompatible). Furthermore, the government claimed that its proposal complied with the requirements of the WHO Framework Convention on Tobacco Control (FCTC), which it obviously does not, and declared the adoption of its text would open the way for ratification by Switzerland. At least the rejection of the draft law suppresses that possibility and eliminates the confusion it created, exposing clearly the fact that the Swiss politicians currently in power are siding with the tobacco industry.